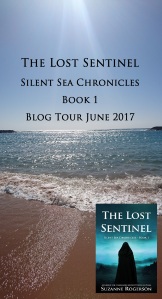 I’m happy to share with you my review of Suzanne Rogerson’s new fantasy novel, THE LOST SENTINEL. This book is the first in the Silent Sea Chronicles, an exciting and alluring contribution to the genre. Fans of adventure, dark forces, magic, and stories with roots in traditional fantasy will likely be drawn to this tale. Keep reading to find out more about the book, my thoughts, and the author herself!

“The magical island of Kalaya is dying, along with its Sentinel. With the Kalayan people turning their back on magic, can Tei help the exiles find their new Sentinel before it’s too late?

Kalaya is controlled by the Assembly – set up to govern but now under the control of Rathnor, who is intent on persecuting those who have magic, many of whom have taken refuge in the Turrak Mountains.
Tei has been raised to hide her magic, until her father, Migil, is visited by an old friend who warns them that they must seek refuge in the mountains.
On the journey, an enemy attack leaves her father mortally wounded. He sees her into the care of two exiles, Rike and Garrick, and on his deathbed makes a shocking confession that changes Tei’s life.
Tei must put her trust in these strangers, especially when mysterious Masked Riders seem determined to stop her reaching Turrak.
Struggling with self-doubt, Tei joins the exiles in their search for their lost Sentinel. But the Masked Riders want the Sentinel too, and time, as well as hope, is running out.
Can Tei help the exiles save the island magic and reunite the Kalayan people before their ignorance destroys them all?”
–Goodreads

Available on Amazon.com: The Lost Sentinel

I was very excited to receive an eARC of The Lost Sentinel and furthermore to be invited to participate in this blog tour. I love this book’s cover and seeing as I quite enjoyed reading Suzanne’s other book, Visions of Zarua, I was happy to delve into this one.

First of all this book is great for fans of high fantasy. Complete with magic, death, romance, and an epic quest, it has everything one loves in a good solid fantasy story. Better yet, there aren’t any heavy info dumps to cause your mind to wander. No, this book opens with great tension, gives way to immediate action, and the quick pace of the plot remains determined.

While the fast pace isn’t something I’d complain too much about (definitely better than a slow pace!), I will say that there were times when it did feel a bit rushed. I think I would have liked a bit more time overall spent on connecting with the main characters, but that’s just me.

Overall I enjoyed reading this book. I thought that the idea of magic tied to an astral plane was very cool and something I hadn’t read before. Something else I liked was how the world unraveled before the reader at what felt like a rather natural pace. You learn your surroundings as the characters do. Like I said, no major info dumps in this book!

Told from multiple POVs, we explore the island of Kalaya, the secretive mystics, and a few other players, both sinister and surprising. Some people have a preference for how a story is told but I really don’t. First person, third person, single POV, multiple POVs…it doesn’t bother me what the author chooses so long as I’m into the story. The choice of using multiple POVs for this book was an interesting one. I think a single POV could have worked just as well but I’ll not complain because the side-stories and glimpses behind other characters’ eyes were intriguing. Sometimes they felt like they were interrupting Tei’s storyline, but for the most part it worked.

Lots of interesting characters are woven in and out of this book. No character is safe, no matter how important or vital they may seem. Overall I liked the main character, Tei. She was easy to read along with and proved an interesting factor in the world around her.

Kalaya, the mystics, the whole realm of this book was pretty fascinating. I do think that this book was written with a good grasp on the story and world-building, which was fantastic. Is this book perfect? Perhaps not quite, but I did very much enjoy it and am so grateful for being given a chance to read it and review it.

The Lost Sentinel contains plenty of action, intrigue, and challenges throughout, making this a thrilling fantasy adventure indeed. It’s the sort of book I enjoyed reading while reclining in a comfy chair on the sunny front porch of my house. It didn’t overwhelm me with information, itty bitty details, or dull monologues, but rather it whisked me away to someplace magical, alluring, and dangerous.

Suzanne lives in Middlesex, England with her hugely encouraging husband and two children.

She wrote her first novel at the age of twelve. She discovered the fantasy genre in her late teens and has never looked back. Giving up work to raise a family gave her the impetus to take her attempts at novel writing beyond the first draft, and she is lucky enough to have a husband who supports her dream – even if he does occasionally hint that she might think about getting a proper job one day.

Suzanne loves gardening and has a Hebe (shrub) fetish. She enjoys cooking with ingredients from the garden, and regularly feeds unsuspecting guests vegetable-based cakes.

She collects books, loves going for walks and picnics with the children and sharing with them her love of nature and photography.

Suzanne is interested in history and enjoys wandering around castles. But most of she likes to escape with a great film, or soak in a hot bubble bath with an ice cream and a book. 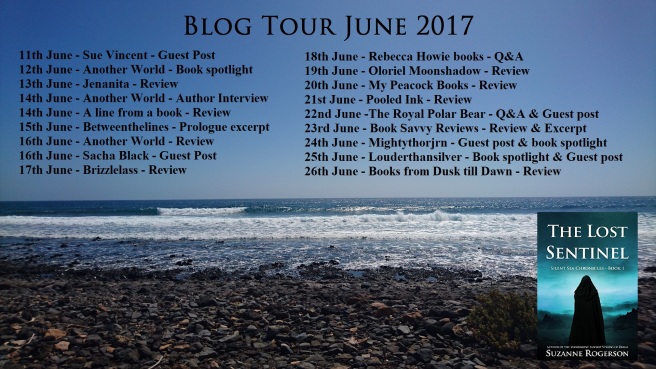