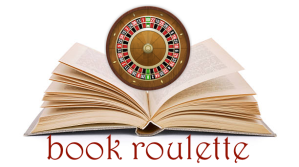 I am an avid reader and a dedicated book blogger but sometimes I get requests from authors to review their books and unfortunately I just don’t have the time in my busy schedule and/or perhaps it’s just not quite my thing. So every once in a while instead of reading/reviewing their book, I’ll agree to put together a little post to help pass along the word in case any of you readers out there will find it interesting. This time it seems the book roulette has landed on a YA/NA Paranormal Fantasy Romance. Here we go… 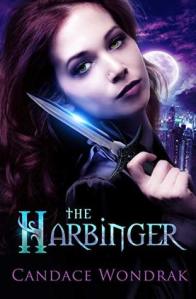 The rules of the Second, a list by Faith Blackwell.

One: technology doesn’t work. The Second doesn’t need electricity when it has magic. Two: don’t trust anyone. The Second’s races—the Elven, the Malus, the Ulen and the Dracon—are way too pretty to trust. Three: when someone tells you you’re the new Harbinger, believe them. Bad things happen if you don’t.

Back in the sixties, the last Harbinger permanently opened the gateways between Earth and the Second. Humanity grew accordingly. Faith is in her fifth year at the Academy, with her sight set on joining the Division, the branch of government that enforces what most law enforcement can’t, like smuggling goods between worlds. Following her mother’s footsteps has always been the plan.

Of course, she doesn’t want to follow them to a T. Her mother had awful luck with men, as did her grandma. Faith wouldn’t mind finding out what’s so special about a man that it has her quirky grandma swearing at them constantly. A field trip to the Second is just what she needs.

Being the first female Harbinger in the Second’s history and having to face down the realm’s most dangerous Dracon, also known as the ridiculously-named Dread King? Not what she needs.

Faith isn’t a hero. That sort of responsibility is not what she wants. The perks that come with it—like a sexy but infuriating Elf, a flirty Malus, and a quiet and pensive Ulen—well, maybe for them she’ll make an exception to her grandma’s no-man rule.

Maybe she’ll have them all.

One Elf in particular caught Faith’s eye. He stood in the front of the group, surveying each student with disdain in his deep blue eyes. His hair was a light yellow, cut short in the way that she heard was popular among Elven warriors. A bow clung to his back. He was tall; they all were. Definitely over six feet.

“This is what can be if you treat nature correctly,” the blonde Elf spoke snidely, turning to face the teacher, who was clearly the eldest of the group. “Welcome to the Springsweet of Alyna. Anything you have packed to bring will be brought across while we commence. We waste no time here. We will break off into the pre-chosen groups and start your shadowing today. Only ask of your mentor things that deal with his or her trade. Any other questions—” There was a pause as he frowned, a strange sight on such a pretty man. “—can wait until the gathering, which we will have every night. As it is the first time for some of our tutors, I expect that if they should have questions in return, you will do your best to explain. This is not a fun trip. This is a trip where we learn more about each other. Learn to live in harmony.”

Faith looked to Cara, pursing her lips. The Elf didn’t sound like he wanted harmony. But Cara was too engrossed, staring with wide eyes at the pretty specimen before them. Faith definitely had to have a talking with her as soon as she could. Cara couldn’t go through this entire trip slack-jawed and weak at the knees.

The Elf continued to explain, introducing his comrades—a mixture of beautiful men and women who didn’t look a day over thirty—who were apparently the tutors the fifth years were going to follow, depending on which thing they signed up for. Faith tuned out after he introduced the Elf in charge of the apothecary students; a pretty woman with a long, flowing dress and an equally long name that Faith would never remember, nor would she try to.

Turning her gaze back to the castle, Faith studied it more. A gust of wind blew past her, and a tingling sensation crept up her arms beneath her long sleeves. Her Victi itched, but she dared not draw attention to herself and her illegally-gotten tattoos. The Elven knew as much about Victusas any person in the Academy. Plus, with her streak, they’d tattle on her like Finn did.

A chill grew on her spine, causing her to shiver for a moment in spite of the warm, unobstructed sun overhead. Faith felt an elbow on her side, turning to attention to find that the blonde Elf singled her out.

Of course. She wasn’t even here an hour yet and she was already going to get in trouble.

“You. Repeat what I said,” he commanded, his level of sternness matched by only her mother and Tullie back home.

“Welcome, welcome, here’s my boring introduction. Don’t worry, though, I promise things’ll get funner around here, starting when I leave, because I bring a foul attitude anywhere I go,” Faith rattled off, which admittedly was probably not the best thing to do. Around her a few of her classmates laughed.

“Ooh, a funny one. I pity the tutor you’ll be spending the next seven days with.”

Faith would’ve given him the finger, but she wasn’t certain that he’d know what it meant, so she settled with a shrug.

The three males that had chosen willingly to follow in a hunter’s footsteps for a week were strong enough to string their bows, though their aiming power left much to be desired. On average, they hit their targets about one in…five.

Awful. Terrible. Light was aghast that these were supposed to be humanity’s so-called protectors.

When he was done with the men, he turned toward the final participant in his seven-day extravaganza. She was on her back, laying the sun, one arm draped across her face to shield her eyes from the light.

Light was purposefully as quiet as he could be—which was near soundless—as he picked up the final unstrung bow and dropped it unceremoniously on her, landing it right on her stomach.

She jerked awake, blinking half a dozen times as she stared up at him. Her irises were of a pure, untainted green. They seemed to sparkle in the sunlight. They were only a level or two of intensity away from being exactly like Elven or Fae eyes. Their color…wasn’t ugly.

“That was rude,” she said, grabbing the bow and getting to her tiny feet. How did she walk on those?

“Perhaps you should not have fallen asleep during my lesson,” Light spoke, irate.

“Perhaps your lesson should not have been so boring,” she chimed, running a hand through her hair, which seemed more red than brown in the sun. “It’s memorization, buddy. Not that hard. It’s actually something I’m kind of good at.” She walked away from the two males who sat near her, studying the vellum, past the third who returned to the group after taking out the few of his arrows that made their target. “Now teach me how to shoot.”

Light smiled as he crossed his arms, the leather on his chest tight as he commanded, “I’ve already attached the bottom of the string. All you have to do is finish stringing it. It shouldn’t be too hard, since you seem to be so good at everything.”

Her bright green stare squinted at him, and for a quick moment, her eyes fell to his feet, traveling up him like she studied each part of his appearance. She stared at him too intently for his liking. Turning her back to him, she whispered, “Trust me, I’m not good at everything.” Her words probably had a hidden meaning, but Light did not care to inquire.

He watched her shoulders hunch as she sought to bend the bow—wrongly, of course—and somehow get the string to settle in the handmade notches Light had carved in them. He’d made all of the materials himself—yet another one of his punishments from the Court. That’s how he saw it, anyway.

After he laughed out loud, Light said, “Perhaps the funny one is not as strong as she thinks she is?”

She whirled to him, glowering, though the stern look did not reach her eyes. She didn’t really care about succeeding here, he could tell. “I never said I was strong. And my name—so you can stop calling me the funny one—is Faith.”

He’d have to make certain he tried hard to not remember it.

Reasons why I shouldn’t be the Harbinger (a list by Faith Blackwell, paraphrasing from some lovelypeople in the Second):

Reasons why I am the Harbinger (a list by me, again. Mostly trying to convince myself that I have a big destiny. And trying not to fall asleep in Mr. Hugh’s class)

Candace Wondrak has a knack for writing fantastically sassy heroines who will immediately make you smirk and befriend them. The perfect blend of fantasy, romance, and the supernatural, The Harbinger kicks off the start to an epic adventure of destiny and defiance. Fast-paced, exciting, and fun with just a dash of darkness, this is a recommended read for fans of the PNR genre!
-pooled ink

Hey guys! I’m a writer, an office worker, a wife, a mother to two dogs and two cats, and half of a strange pair of young adults who flip the houses they’re living in with the goal of having no mortgage (so that I can eventually focus on my writing career!). Needless to say, I’m busy.

Still, I somehow find time to write, to read, and to enjoy life. Wish there were more hours in the day, really!
-Goodreads