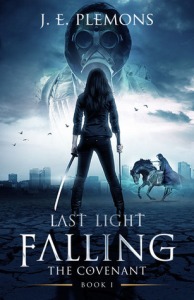 “If your fate has already been chosen for you, would you change it?

Fifteen-year-old Arena Power blindly accepts her destiny in a world filled with tragedy, chaos, and a lingering wickedness that will tempt every man’s soul until the last days on Earth.

Set in the United States in the year 2053, America, like most of the world, has undergone catastrophic earthquakes, famine, and an economic collapse, which has rendered the nation hopeless. It has turned to other nations, like Russia and China, to help restore what was once a world power. Unfortunately, the new America has grossly caused civil unrest that will eventually be the precursor to a much bigger war of biblical proportions.

Orphaned at the age of nine, Arena and her twin brother, Gabe, have learned to rely on each other through the toughest times. Not only do they share the same birthday and the tragic loss of their parents, they both have a birthmark on the back of their necks in the shape of a crucifix. This is only but a small sign of the destiny that will follow. On their fifteenth birthday, they receive a mystery letter and key from their estranged Uncle Finnegan. This key will unlock their fate, and it will be up to a priest, who has vowed to protect them since birth, to unfold the layers of their destiny-to undo the evil that has spoiled the world, and to help unleash God’s wrath upon those who have turned from Him in the last days of history.

Last Light Falling weaves righteousness with evil, treachery with truth, and shows just how far the will of man can survive on faith alone. Arena and Gabriel’s fate will determine that course of history for which has already been written. They were not born to save the world; they were chosen to prepare it for the final days.”
–Goodreads

Last Light Falling was a bloody thriller of a story. That being said it also contained a plethora of info-dumps. I get that there’s a lot to say but as painful as it is for an author or film director it is important that they bite the bullet and slim things down to avoid, well, info-dumps. They’re just not particularly stimulating is all and unfortunately that’s how this book began. With an info-dump. Thus it just prolonged any action, moving plotline, or interest from me in this book. I just wanted to hold my finger up and go “Shhhhh. Show, don’t tell.”

Hmm, I’ll also add that some of the dialogue misses the mark. Not that it’s bad or anything but it bounces back and forth from sounding and completely not sounding like a fifteen year old girl speaking. Not the end of the world but just something to mention.

On the bright side Plemons definitely has a knack for the details. The ability to create vivid images was definitely there. It wasn’t hard to picture characters, settings, actions, events, etcetera and this was a skill not gone unnoticed. World building is an important aspect to an author and their stories. But while I can picture it all just fine I admit that I didn’t necessarily like all that I saw. (This book contained some graphic scenes that kept you in the action even if maybe you didn’t want to be at that moment – but I’m semi-squeamish so I only get half a vote).

Look, I’m never not going to be a fan of badass female protagonists who can hold their own but there has to be something else, something more. Katniss (from The Hunger Games) is a fabulous example where she can 100% fight and fend for herself but she does it largely to save and protect others and not just because she can. Arena on the other hand seemed to be an anti-feminist (in that she far from embraced the diversity of women in the world) and a total killing machine who liked it just a bit too much. Bottom line is she unfortunately lacked any form of charm, which made her difficult to connect with. Plus I’m sad to report that she contains one of my ultimate personality pet peeves: act now, think later.

The plot however is the foundation of the story and I won’t deny that it was interesting. I mean, future America plus dystopian society plus end of the world plus the Book of Revelations plus more?? Definitely interesting subject matter and it could hardly fail. Also: plot twists!

This book’s plot also takes the route of preparing the world for the end rather than trying to save the world from an end. It’s an interesting perspective to have a story told from. It also makes complete sense since this book openly recognizes the existence of God and obviously a mere collection of humans can’t stop Him if He decides to end the world as opposed to if the protagonist was fighting an evil dictator or someone you could just shoot down. Oh but please take all the religious details with a large dose of salt and keep in mind that while it may be an important aspect of the story this book is also YA fiction (which means facts/Biblical truths + creative license).

I will mention how it’s weird how other readers are so perturbed by the Biblical references. I mean they did realize that the Book of Revelations was a chunk of the inspiration behind this book right? I mean you can’t have religion be even a partial source of inspiration without it being threaded throughout the entire story in some form.

Overall I have to say that while Last Light Falling isn’t quite my cup of tea this is indeed a well-written book for certain and it very well may be the thriller that keeps you on a reading binge through the night because its grip keeps you from putting it down…so don’t hesitate to give it a try.

Mine is just one opinion. I think it’s important to read an array of different books so I’m glad I read this one but I probably won’t continue the series. But hey, don’t let me tell you what to do (: 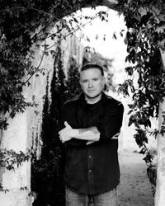 Jay Plemons’ life is nothing short of ordinary. From an aspiring chef, carpenter, educator, musician, husband, and father, nothing ever seems too busy when adding yet another hat into the mix as a fiction novelist. With a degree in music business, and a minor in English from Middle Tennessee State University, the aspirations to continue his journey in the arts, has followed Jay to write the Last Light Falling series, which has not only touched on some of his personal experiences, but has also helped him further explore the heightened convictions of faith. Though his first love is music, writing has profoundly changed the way he expresses himself to others, which has recently impacted his son to follow in those same emotional footsteps. When Jay isn’t drumming, writing is his cure to life’s distractions.
-Goodreads