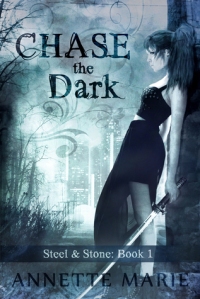 “Piper Griffiths wants one thing in life: To become a Consul, a keeper of the peace between humans and daemons. There are three obstacles in her way.

The first is Lyre. Incubus. Hotter than hell and with a wicked streak to match. His greatest mission in life is to get Piper into bed and otherwise annoy the crap out of her.

The second is Ash. Draconian. Powerful. Dangerous. He knows too much and reveals nothing. Also, disturbingly attractive — and scary. Did she mention scary?

The third is the Sahar Stone. Top secret magical weapon of mass destruction. Previously hidden in her Consulate until thieves broke in, went on a murder spree, and disappeared with the weapon.

And they left Piper to take the fall for their crimes.

Now she’s on the run, her dreams of becoming a Consul shattered and every daemon in the city gunning to kill her. She’s dead on her own, but there’s no one she can trust — no one except two entirely untrustworthy daemons … See problems one and two.”
–Goodreads

Chase the Dark is pure paranormal seduction and all one might typically expect from the genre. Filled with black clothing, sexy incubi, daemons, and laced with betrayal, thieves, and blood, this book oozes out a dark deliriously steamy tale at breakneck speed as Piper works with Lyre and Ash to hunt down one of the daemon world’s most powerful artifacts and save her father.

The book was really good if you’re a paranormal fan, but I felt it was pretty stereotypical paranormal overall. From the clothing, to the characters, to the atmosphere of the entire book it was one goth action rush with no shortage of sexy moments, corsets, tight pants, and dyed hair. Typical? Yes. Is that a bad thing? That’s up to you. If you love this genre then obviously this is a must read for you because it’s super good. But if you’re not into these types of books then I’d hesitate to recommend it to you.

The story was good (albeit a bit predictable) and it definitely held my attention, but it’s definitely more style over substance for the most part. No offense (and in this case I mean that honestly). I was entertained from start to finish yet I was left wanting…more?

If you like the TV show Lost Girl then you will definitely love reading this book. 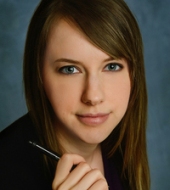 Annette Marie is the author of the Amazon best-selling YA urban fantasy series Steel & Stone, which includes the 2015 Goodreads Choice Award nominee Yield the Night. Her first love is fantasy, a limitless realm of creativity where she can break all the boring rules of real life, but fast-paced urban fantasy, bold heroines, and tantalizing forbidden romances are her guilty pleasures. She proudly admits she has a thing for dragons, and her editor has politely inquired as to whether she intends to include them in every single book.
Annette lives in the frozen winter wasteland of northern Alberta, Canada (okay, it’s not quite that bad). She shares her life with her remarkably patient, comparatively sensible husband and their furry minion of darkness—sorry, cat—Caesar. When not writing, she can be found elbow-deep in one art project or another while blissfully ignoring all adult responsibilities.
-Goodreads