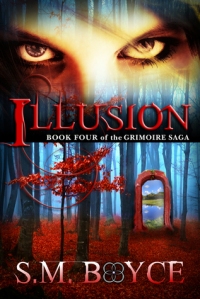 “The final chapter in the war for Ourea ends with blood.

Kara Magari is an icon. A hero. The people love her. The royalty tolerates her. She has everything—an army, allies, and a close circle of chosen family. They believe she will end the war, and they shouldn’t. She’s as scared as they are. She just can’t show it.

The war she accidentally started ends with a final battle that will either save or enslave her people. She will do anything to win—until she learns the cost of victory.

Braeden Drakonin is afraid of what he’ll become when he takes over his father’s kingdom—that much authority can change a man. But his father has already tried to kill him more than once, and it’s time to end his reign. Braeden’s armies are ready. His strategy is foolproof. His generals are waiting for the order to attack. It’s only in the final seconds before the battle begins that he realizes he missed one crucial detail—the traitor.”
–Goodreads

I have officially FINALLY read the grand finale of this absolutely fantastic fantasy series. I can’t believe I let life get in the way of me finishing this journey. I dove into the first book years ago and it got me completely hooked! I’m more of a physical book person though so it was shamefully easy to forget about lovely eBooks awaiting me on my Nook. A giant stack of books on your floor tends to make a bigger more insistent impression, ya know? But either way I have finally concluded the Grimoire Saga and I couldn’t be happier.

This epic finale is full of blood, action, betrayal, twists, lies, challenges, love, hope, and peace. A story definitely within the genre of high fantasy this book teemed with magic, kingdoms, swords, battle, and interesting creatures all in a land called Ourea that is a world unto itself with secret doors to our world.

I’m here to tell you that the conclusion is fantastic so if you haven’t begun this series yet then stop, jump over to my review of Lichgates (Grimoire Saga #1), download or grab your own copy and get reading! (currently you can download the first book for free! note: I am unsure of how long this offer will be valid)

Sometimes those who don’t deserve forgiveness are the ones who need it most. -Kara

Okay, back to this book!

Basically this whole series we’ve been following Kara’s journey into the land of Ourea as she faces her new reality while navigating the politics of the yakona. With each book an impending war became clearer and clearer and at last we watch all hell break loose in this shattering conclusion of all or nothing. Much of this book is actually devoted to said war, rather than the previous books which spent its time more spread between politics, exploration, quiet moments, character developments, and of course battle. So, how was this big war, you may ask?

Well the “final battle” was too early in the book for me to believe it would be the final anything haha. Also, Evelyn was so weird that it was pretty much guaranteed that she’d be linked to something going awry with the final battle. So that wasn’t so much a surprise but it was still laced with heartbreak, adrenaline, and burning anger. Like why can’t everyone just quit keeping mean little secrets and hidden agendas and just get along?? (said every hero and heroine ever haha). I guess it wouldn’t be much of a book though if that were the case, right?

Done is better than perfect. -Stone

Other than that though it really did deliver in terms of epic destruction and twists. As you probably guessed Deidre had plenty up her sleeves and no shortage of clever but desperate plots in her twisted head. So you have that to look forward to as well.

Finally we get to see more of the Isen, although I wish we got to spend more time with them. Honestly I hadn’t really given them a whole lot of thought until this book when Kara walks right into their den. We’re briefly introduced to their society and then poof we’re back to the yakonan war. That little taste however just made me want to know more. Ah well, we can’t have everything can we?

I don’t consider this a spoiler when I say the series ends happily. I already mentioned all the tragedy and destruction that ensues before this happy ending but I am very glad to report that the ultimate conclusion was happy indeed. Overall I am very satisfied with this book and the series as a whole.

…I feel like my review isn’t particularly cohesive…it’s just that there isn’t much to say. I’ve been with this series for four books now, read over the expanse of three or so years. While some may think that that would have me bubbling over with words instead I find myself sitting here feeling simply satisfied, a bit thrilled, but overall pleased with the resolution of this story in my life. I will no doubt return and re-read this series many a time but for now I just feel content.

I must say, though, that this is a really great fantasy series. Underrated in my opinion, although I guess it doesn’t get as much big time publicity as a traditionally published book might. It took me ages to discover this series (and a few other indie series I’ve recently stumbled upon) because the promotion was totally dropped on the authors as opposed to big name books that are helped out by giant publishing houses. If anything it has taught me that “independently published” does not mean “not good enough” or “less than” it’s these two series for sure.

I’ve followed and loved the Grimoire Saga for years and it really changed my mindset about the literary industry. I’ve read some “brand name” books that I thought weren’t particularly impressive and I’ve read some independent books that totally blew my mind. Don’t let a label make a decision for you. There are amazing stories everywhere if you have the patience and desire to look for them. Hoorah for indie authors!

Illusion is a thrilling conclusion to the enchanting and bloody Grimoire Saga. The climax of political tensions, war explodes across the pages in a series of twists and crashing emotions. The end to a must read series.