“Why be the sheep, when you can be the wolf?

Seventeen-year-old Ismae escapes from the brutality of an arranged marriage into the sanctuary of the convent of St. Mortain, where the sisters still serve the gods of old. Here she learns that the god of Death Himself has blessed her with dangerous gifts—and a violent destiny. If she chooses to stay at the convent, she will be trained as an assassin and serve as a handmaiden to Death. To claim her new life, she must destroy the lives of others.

Ismae’s most important assignment takes her straight into the high court of Brittany—where she finds herself woefully under prepared—not only for the deadly games of intrigue and treason, but for the impossible choices she must make. For how can she deliver Death’s vengeance upon a target who, against her will, has stolen her heart?”
–Goodreads

Thank you to the publisher, HMH Teen, for sending me this book!

Well this was a fun read! I was hesitant to read a book about assassin nuns but it turns out I rather enjoyed it.

It’s a quick and easy read, it’s pretty straightforward with some truly frustrating plot twists (such is the life of politics), and was all around enjoyable if you’re seeking a historical fiction novel that has a touch of Death, a wisp of fantasy, and a beat of inevitable romance. Also a nice note is that this book has a conclusion. YES! From what I’ve heard the three books in the series are all technically standalones with some briefly intersecting characters.

Most of the plot is actually centered around the court politics in the 15th Century kingdom of Brittany, so I was a bit disappointed there wasn’t more assassin action scenes. I mean, there were many kills and schemes that Ismae commits herself to as an assassin and daughter of Saint Mortain, but somehow they just didn’t quite come across as serious, deadly, and rather frightening as they did in say Nevernight. Ismae may be deadly but she is no Mia. In fact it seemed more that she happened to have been trained in how to kill a person but had no bloodthirsty edge expected of a true assassin, although this clash of characteristics resolves itself with her revelation and choice at the end of the story.

Mostly court politics (which is a whole disgusting mess of drama, betrayal, treachery, and other horribleness in itself) as well as the inevitable blossoming of love between Ismae and Duval make up the bulk of this story. Overall it was predictable, but was still good fun to read.

I really liked the complexity of Mortain and his ways as the saint/god of death. He is neither villain nor hero, just a god pulling threads here and there for a larger purpose than can be riddled by human minds. Death is both mercy and wrath, it is too complex for humans to fully understand and thus it inevitably becomes overly simplified by the convent of St. Mortain which of course brings its own troubles.

Tying into this I also loved how this book did a good job of displaying the lies behind the infallibility of humans. The gods have holy orders, the royal crown has revered laws and structure, and all of it for the good of the crown and country, except that when passed down to human hands things tend to get muddled, twisted, mistaken, misinterpreted, and corrupt until true purpose is cast aside for selfish small-minded desires.

The author took true events in history, true settings, and even true characters to piece together this parallel tale. I generally love historical fiction so finding out that so much behind this story is true was pretty cool. But oh how I hate court politics! It is why I can barely last a whole season of those types of TV shows! (I always simply end up shouting at the screen “STOP KILLING EVERYBODY YOU FOOL!”) The many tangled motives and schemes of court life reminded me of the show Reign, except with a bit better grasp on historical accuracy. This book does its best to remain true to the time period, setting, historical context, etc. but still had room for a bit of fun with its unique twist on history.

Intertwining history with a bit of fantasy and a slow-beating heart of romance, Grave Mercy begins in the darkest depths of mortality until it transcends into a tantalizing tale full of royalty, deadly games, and lessons of the heart. Ismae may serve the god of Death, but such a life as that can never be as simple as one would think.

Similar Recommended Reads: The Winner’s Curse by MarieRutkoski, Throne of Glass by Sarah J. Maas, The Queen of the Tearling by Erika Johansen, Red Queen by Victoria Aveyard, Seraphina by Rachel Hartman, Nevernight by Jay Kristoff 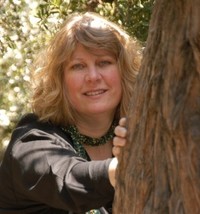 Robin LaFevers was raised on a steady diet of fairy tales, Bulfinch’s mythology, and 19th century poetry. It is not surprising she grew up to be a hopeless romantic.

Though she has never trained as an assassin or joined a convent, she did attend Catholic school for three years, which instilled in her a deep fascination with sacred rituals and the concept of the Divine. She has been on a search for answers to life’s mysteries ever since.

While many of those answers still elude her, she was lucky enough to find her one true love, and is living happily ever after with him in the foothills of southern California.

In addition to writing about teen assassin nuns in medieval Brittany, she writes books for middle grade readers, including the Theodosia books and the Nathaniel Fludd, Beastologist series.
-Robin LaFevers’ Website