I absolutely loved Mary Taranta’s debut novel Shimmer and Burn and I am so excited to share with you all the cover and synopsis for the sequel!! I’m keeping my fingers crossed for an ARC because I’ve been dying to read it ever since I finished the ARC of this series’ opening!

Keep reading for the cover and synopsis of this epic sequel, a snippet from my review of book 1 (Shimmer and Burn), and more about the author! 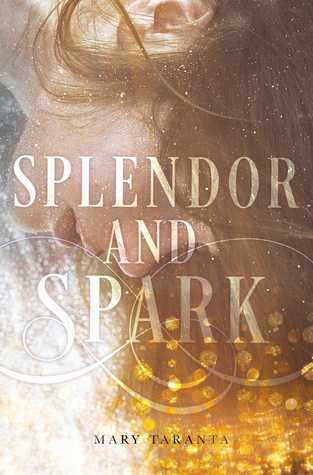 In this exciting follow-up to Shimmer and Burn, Faris has given up love to save her sister’s life and the dying kingdom of Avinea, but will her sacrifices be enough to overcome the poisoned magic and villains surrounding her on all sides?

The fight is just beginning.

Faris has been forced to give up the man she loves for a dangerous but necessary alliance. Her loyalty is bound by a powerful spell to his future bride, the villainous Bryn. And her mother’s powerful spell that could be the key to saving Avinea fights with poisoned magic for control of her heart.

None of that matters though because everything Faris has done has been for Cadence, the little sister she’s been trying to rescue from the king’s slavery. Now they’re finally reunited, but Cadence has a gut-wrenching confession: she remembers everything from while she was under the king’s enchantment, and knows Faris didn’t take her place when she could have. She wants nothing to do with her.

Heartbroken, Faris focuses on tracking Merlock, the king who must be killed to stop The Burn, by manipulating her mother’s spell through her dreams. Before long though, Faris realizes these aren’t normal dreams, they might just be real, and they may show her a way to kill Merlock herself.

But there are things darker than poison that lie in The Burn, and not even the spell deep in Faris’s chest can stop them. Faris will again be faced with impossible choices. Does she risk everything to save Avinea, even if she might lose North and further betray her sister’s trust? Or does she succumb to the poison inside that begs her to think this time, finally, of herself?
–Goodreads

Oh. My. Word. I NEED the next book and I NEED a happy ending. NOW.

Shimmer and Burn is not just another fantasy tale. It’s a story both dark and alluring that will sink its claws into you, dragging addiction into your veins until you’ve devoured the book whole and cling to the edge needing to know more. Absolutely captivating, thrilling, hellish, and delightful, this is a fantasy fresh with creativity and magic just waiting to be read. 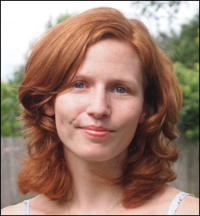 Born the youngest save one in a family of ten, I grew up notoriously quiet but secretly wild, playacting my favorite stories and writing some of my own in the woods behind my family’s farmhouse. Originally from a small (very small) town in Ohio, I moved to the larger (much larger) Orlando suburbs kicking and screaming at the age of fifteen. It turned out all right in the end and I’m still here, now with an adorable husband, two useless cats, and an unhealthy reliance on air conditioning. While I’m not old enough to be President, I am too old to sit on the floor without cracking joints when I stand. As a Midwestern Southerner, I’ve attained Level 9 Politeness and prefer my iced tea sweet.