I am excited to share with you all the official cover for the new YA Fantasy CROOKED RAVEN! The first book in the Otherworld Trilogy by debut author Talis Jones comes out June 26, 2018! I’ve been lucky enough to read an eARC and as a total fantasy lover I gotta say I’m very excited to see where this story goes next. It’s a bit Peter Pan meets Game of Thrones in Narnia, which obviously had me sold right from the start ⚔️ Be sure to join the Facebook group Talismonium to receive exclusive teasers and excerpts leading up to the release! (Also if you just enjoy a fun book-obsessed community 😉)

“Sometimes you must let go of who you were to
embrace what you could become.”
“And if that damns me to Hell?” she asked.
He smiled. “Then we shall meet again.” 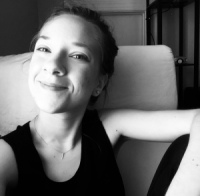