“Something is out there, something terrifying that must not be seen. One glimpse of it, and a person is driven to deadly violence. No one knows what it is or where it came from.

Five years after it began, a handful of scattered survivors remains, including Malorie and her two young children. Living in an abandoned house near the river, she has dreamed of fleeing to a place where they might be safe. Now that the boy and girl are four, it’s time to go, but the journey ahead will be terrifying: twenty miles downriver in a rowboat–blindfolded–with nothing to rely on but her wits and the children’s trained ears. One wrong choice and they will die. Something is following them all the while, but is it man, animal, or monster?

Interweaving past and present, Bird Box is a snapshot of a world unraveled that will have you racing to the final page.”
–Goodreads

This book stressed me out! Which I suppose is a good quality for a thriller!

I first heard about this book through another blogger and she had great things to say about it, then I saw that Netflix had released a trailer for their movie-adaptation and I knew I had to read it first. I’m posting this review late but I did manage to read the book in time for the movie release only to reconsider watching the movie haha (I’ll post the trailer at the bottom of this post). The world of Bird Box is an absolute nightmare and gave me chills! Definitely a great apocalyptic thriller but I’m not sure I want to watch it play out on the screen lol.

The book alternates between two timelines: before the world fell apart and Malorie takes a pregnancy test, and five years later when Malorie finally decides to brave the river and reach a supposed haven with her two kids. First of all, what rotten timing! The apocalypse is absolutely the worst time to find out you’re pregnant! Although I suppose in the end having children you can train to hear better than they can see is a very useful resource… But still, not exactly the news/burden you want looming over you. I think the present-day timeline was my favorite though, the way Malorie trained her kids so diligently, the way she refrained from naming them because their world was too uncertain to risk it, the way they work together to navigate a river blindfolded for 20-miles. Just wow. Super intense.

This isn’t a particularly long book and I’m glad because I think anything more would’ve dragged out the story but the way it kept giving us flashes of Malorie five years ago and then in present day on the river kept up the adrenaline and uncertainty of it all. The fact that the book’s premise is based on a nightmare no one can see plaguing humanity just gave me the absolute chills! Terrifying! Humans rely so heavily on sight so to take that away was stressful to imagine.

I will say though that I wish we did find out what exactly it was people saw right before going rabid. My curiosity will forever be tortured by this unknown! And as a person who usually reads YA books I wish we could’ve received a more finite ending rather than the open-ended hope with a question mark instead, but that being said I do think the ending worked well for this type of story (any real solution would’ve felt forced and implausible I think). Also, getting any absolute description of the nightmare lurking out there would allow our minds to process it and lessen the fear so that also makes sense. Even so, I WANT TO KNOW!!! Hahaha I have so many questions and they will never be answered!

I don’t have a ton to write about for this review, it’s simply a really good chilling nightmare of a thriller and I absolutely would not want it to ever happen. There’s tons of suspense, uncertainty, mistrust, desperation, fear, gore, risk, and mystery that will keep you up at night and afraid to both close or open your eyes lest it come true. If you’re on the hunt for a spooky read then definitely check this one out! (Note: I didn’t give this one 5-stars because, well, I can’t say I exactly enjoyed it but then again this isn’t really my preferred genre. So the star rating is just how I feel, but it doesn’t mean I don’t recognize how well-written and creative this book was! If its goal was to freak me out then mission success!). 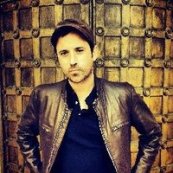 Josh Malerman is an American author of novels and short stories. Before publishing his debut novel Bird Box with ECCO/HarperCollins, he wrote fourteen novels, never having shopped one of them.

Being the singer/songwriter of the Detroit rock band The High Strung, Malerman toured the country for six years, as the band played an average of 250 shows a year, and Malerman wrote many of the rough drafts for these novels in the passenger seat between cities on tour. He says this about those days: “I never saw the books with dollar signs in my eyes. It was no hobby, that’s for sure, it was the real thing and always has been, but I was happy, then, simply writing, and while I blindly assumed they’d be published one day, I had no idea how something like that occurred.”