Keep reading for info about THE INFINITY DIVISION series! Read an excerpt, some fantastic teasers, and enter a giveaway to win!

One mistake can change everything. Ashlyn Calvert finds that out the hard way when a bad decision leads to the death of her best friend, Noah Anderson.

Only Noah isn’t really gone. Thanks to his parents’ company, the Infinity Division, there is a version of him skipping from one dimension to another, set on revenge for the death of his sister, Kori. When a chance encounter brings him face-to-face with Ash, he’s determined to resist the magnetic pull he’s felt for her time and time again. Because falling for Ash puts his mission—and their lives—in danger.

Add it on Goodreads!

JUS ACCARDO spent her childhood reading and learning to cook. Determined to follow in her grandfather’s footsteps as a chef, she applied and was accepted to the Culinary Institute of America. But at the last minute, she realized her true path lay with fiction, not food.

Jus is the bestselling author of the popular Denazen series from Entangled publishing, as well as the Darker Agency series, and the New Adult series, The Eternal Balance. A native New Yorker, she lives in the middle of nowhere with her husband, three dogs, and sometimes guard bear, Oswald. 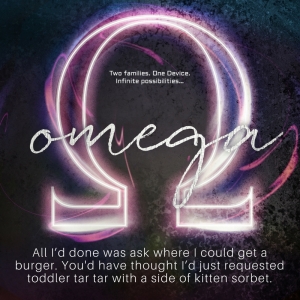 “Maybe you used to be better at it?” I prodded. “I mean, you probably don’t get a lot of time to date while skipping all over creation, right? Maybe you’re just out of practice?”

“I’m not out of practice.” He seethed.

For the second time since we’d met, he assaulted me. One second I was having the time of my life pushing his buttons—ridiculously easy to do—the next I was against the wall, Noah’s body covering mine. His lips moved furiously, scorchingly hot and with a level of passion I’d never felt before. His tongue slipped between my lips and despite having told other guys that I hated that, I melted, reveling in the millions of electrical tingles the action sent shooting through my body.

His hands gripped my head on either side. No roaming, no exploration. Somehow it made the whole thing hotter. Like he couldn’t bear to release me in fear that I’d move. That I’d get away and he’d have to stop.

And stop? No. That was a dirty word. A softly whispered sin in the darkest corners of the earth. Stopping this would be a crime of the highest caliber.

Except he did. Stop, that was.

He pulled away just far enough to look me in the eye, not yet letting go of my head. With an extremely satisfied tilt of his lip, he said, “Decent my ass.” 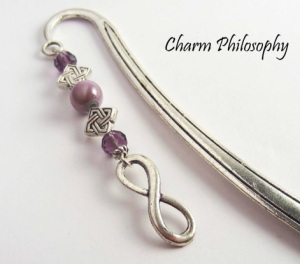 Nobody said being the daughter of an army general was easy. But when her dad sends a teenage subordinate to babysit her while he’s away? That’s taking it a step too far.

Cade, as beautiful as he is deadly, watches Kori with more than just interest. He looks at her like he knows her very soul. And when he saves her from a seemingly random attack, well, that’s when things get weird.

Turns out, Kori’s dad isn’t just an army general—he’s the head of a secret government project that has invented a way to travel between parallel dimensions. Dimensions where there are infinite Koris, infinite Cades…and apparently, on every other Earth, they’re madly in love.

Falling for a soldier is the last thing on Kori’s mind. Especially when she finds herself in a deadly crossfire, and someone from another Earth is hell-bent on revenge…

August 19th
A Dream Within A Dream – Spotlight Post

One thought on “Omega | Blog Tour”