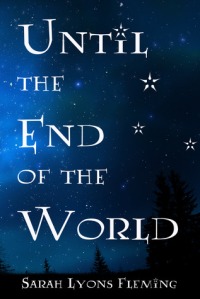 “Cassie Forrest isn’t surprised to learn that the day she’s decided to get her life together is also the day the world ends. After all, she’s been on a self-imposed losing streak since her survivalist parents died: she’s stopped painting, broken off her engagement to Adrian and dated a real jerk. Rectifying her mistakes has to wait, however, because Cassie and her friends have just enough time to escape Brooklyn for her parents’ cabin before Bornavirus LX turns them into zombies, too.

This is difficult enough, but Cassie’s tag along ex-boyfriend and her friend’s bratty sister have a knack for making everything, even the apocalypse, more unpleasant. When the two attract a threat as deadly as the undead to their safe haven, Cassie’s forced to see how far she’ll go to protect those she loves. And it’s a lot farther than she’d anticipated. This, coupled with Adrian’s distant voice on Safe Zone Radio and, of course, the living dead, threaten to put Cassie right back into the funk she just dragged herself out of.

Survival’s great and all, especially when you have leather armor, good friends and home-brewed beer, but there’s something Cassie must do besides survive: tell Adrian she still loves him. And to do that, Cassie has to find faith that she’s stronger than she thinks, she’s still a crack shot and true love never dies.”
–Goodreads

My friend Sarah is an absolute fan of this series so she insisted I give it a go. I thought she’d just lend me the first book but nope she showed up for coffee with all three in paperback!

Normally I really don’t like zombies. I know it’s popular right now but it’s just not for me. That being said these books are more about survival in an apocalyptic type scenario than about the zombies (a bioweapon/military super-soldier serum goes wrong yet again! Le sigh. Haha). I do enjoy a good survivalist story (and my Amazon wishlist is full of survival gear) so that’s what convinced me to give these books a try.

The characters were quite good. They all stood on their own with individual personalities and characteristics that contributed to the story. I admit I felt pretty undecided as to how I felt about Cassie for a long time, on one hand she’s awesome and I’d definitely want her on my team in the apocalypse but every once in a while she’d do or say something that just bristled me with a dash of annoyance. Maybe that’s a good thing though, it makes her more real. She makes mistakes, she says or does dumb things sometimes, but she’s a good person and I like her.

Some characters I totally hated because they annoyed me to no end, but things happen and people change and when they did I smiled with sweet relief haha! About time! It might have taken a while but eventually I get to a nice happy place with all the characters and the end really made me smile. I know it won’t last, which is depressing, but for now I will pretend that it shall.

Admittedly the first few chapters were just okay to me BUT that’s semi-intentional because it’s supposed to be the calm before the storm (although I really wanted to hit them when witnessing zombies first-hand wasn’t enough to convince them to pack up and flee). As the reality of the situation grew grimmer and as the characters each began to accept it, the chapters sped by and became far more interesting and I gradually found myself falling into the story. The storyline is occasionally interspersed with flashbacks and memories that help round out the characters as well as slowly explain certain back-stories. I liked it and it worked well with the plot. So yeah, while it didn’t suck me in instantly I did end up enjoying the journey.

Overall the concept isn’t technically all that original (more than once I thought that someone should turn it into a TV show because it’d be awesome and then I’d remember that they already did that haha #TheWalkingDead and I remember that no I don’t like zombies so I wouldn’t watch it anyway) but even so the author found ways to inject her own creative spin on things. As I said, I’m not into zombies and I don’t watch The Walking Dead but I did find this series interesting and with enough twists to keep me going. I think the characters formed the core of the story and I loved that. All in all it succeeded in holding my attention. I may not be as big a die-hard fan as my friend Sarah P. (who totally blew up my phone fangirling when the author actually wrote back to her – haha it was awesome 😀 ) but I definitely enjoyed it and honestly look forward to reading the sequel.

Also as a sort of bonus I picked up at least a few good tips and ideas to save for an apocalyptic event (none of which I’m sure I will remember if the time ever comes). That being said, if I’m completely honest I’m not convinced I’d survive long enough to watch the storm break. I’m no Katniss, or Cassie in this case (Ooo but Sarah P. is so maybe I’ll just drag her along on my team). Hmm…then again death can be a powerful motivator so maybe I would find some hole to hide in or colony to take over… Haha anyway…

This book underwent quite a lot of challenges and turmoil both physical and emotional. A serious rollercoaster. It seemed that just as they managed to break free of one obstacle something else would come to devastate them. Limits were pushed, lives were lost, lessons were learned, and onward the group goes.

If you like zombies (or zombie-like things) or reading about a group of people trying to survive the end of the world then definitely check this out and see if it might be for you. It surprised me, that’s for sure!

Until the End of the World faces its fate with no fear in its eyes…well, maybe some fear. Without the promise of guaranteed survival this story jolts the adrenaline and shatters the heart with its exciting take on a zombie apocalypse.

P.S. Technically this book is either New Adult or General Fiction given that the characters are in their mid to late twenties but even so I think young adults and teens will also find themselves loving this series.

*Update: I’m posting this when I’m halfway through the second book and this series has definitely grown on me. I’m liking it more and more!

Purchase here: Until the End of the World

Check out the rest of the series: And After (Book 2), All the Stars in the Sky (Book 3)

Similar Recommended Reads: The Last One by Alexandra Oliva, Chained by Susanne Valenti, The Maze Runner by James Dashner, The Hunger Games by Suzanne Collins, The Darkest Minds by Alexandra Bracken 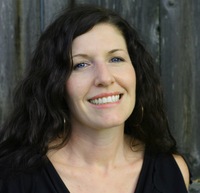 I’m a Laura Ingalls devotee, wannabe prepper and lover of anything pre-apocalyptic, apocalyptic and post-apocalyptic—-or anything in between. Add in some humor and romance, and I’m in heaven.

Besides an unhealthy obsession with home-canned food and Bug Out Bag equipment, I love books, making artsy stuff and laughing my arse off. Born and raised in Brooklyn, NY, I now live in Oregon with my family and, in my opinion, not nearly enough supplies for the zombie apocalypse. But I’m working on it.
-Goodreads

One thought on “Until the End of the World”