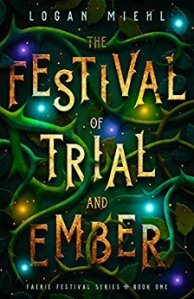 “A dangerous summer festival. A throne left empty. A forgotten world of faeries in a time of shadow and treason.

Roisín, seventeen years old, is biding her time till graduation. When the shadows around her come to life, she discovers no one else can see these strange creatures except her and her brother.

Desperate for answers, she embarks on a journey into the Otherworld — a land beneath Ireland where faeries live as the descendants of ancient Celtic gods. As Roisín struggles to survive, she realizes her decisions could alter the fate of an entire Kingdom.”
–Goodreads

Well I’d been looking for a new book featuring the fae and I found one! The allure of this particular book is that it’s an adventure and isn’t quite so dark. Oh there are evil forces to be sure and lives hang in the balance but there’s something so magical and vibrant about the world that it doesn’t cease to feel fun despite the trials they face.

I thought that the world-building was really cool and enchanting, even drawing me in with the villains and foreboding promises. Miehl manages to fold in many different creatures and traditions from the Otherworld legends which just added to the story’s colorfulness and realism. I’m always intrigued by the fae and they were no less captivating in this book. I also liked the connections to our world that were threaded in such as Rosín (Row-sheen) and her little brother, Darren, living normal mortal lives until nightmarish eyes and handsome smiles come tumbling into their paths and whisk them away to a land of fantasy and defeat. It’s the type of set up that I enjoy now but would have loved even more as a teen.

I do have a few qualms however which include a certain lack of urgency in the story despite the humans being trapped in the dungeons and facing probable death, and also Rosín herself. Rosín had her moments but honestly for the majority of the book I didn’t love her. She was defensive and combative, which is understandable considering her upbringing, but it became often to the point of counterproductive, idiotic, and frustrating to read. Whether friend or foe she lashes out, she makes bargains without really thinking them through, she makes impulsive foolish decisions, and she’s such a teenager all the time especially in the romance department. (I feel like such an old lady saying this haha!)

A few elements could have been executed a bit better such as the throb of urgency that was only sometimes present and also the character twists which weren’t really twists… The characters are all quite “as is” or black-and-white. There are moments throughout where you’re supposed to be questioning who to trust but it never felt believable for rather than cast suspicion over the intended character it seemed more like Rosín being an impulsive assumptive teen again.

But that’s the end of my rant! I hope it didn’t get you too down because I read this book in a day which is clearly telling you that it’s a quick read for sure! All in all I felt this was an entertaining story and I’d recommend it to anyone searching for a new YA faerie read. It can even be read as a standalone (yay!) as there isn’t really a cliffhanger so much as a little wink and a promise for more. The ending leaves just enough to keep a few hooks in your thoughts and draw you into book two.

The Festival of Trial and Ember is a tale of adventure, love, darkness, and endurance and is certainly a time Rosín and Darren will never forget as they’re whisked away to a land of enchantment ruled by the fae. Everything they once believed is torn away as they face creatures from nightmares and dreams holding their fate in their trickster hands. Exciting, vibrant, fun, this book is one every curious soul should open. Stop and embark on a voyage to the Otherworld.

Purchase Here: The Festival of Trial and Ember

Similar Reads: The Cruel Prince by Holly Black, A Court of Thorns and Roses by Sarah J. Maas, Crooked Raven by Talis Jones, Trial by Fire by Josephine Angelini, Lichgates by S.M. Boyce, Aerisian Refrain by Sarah Ashwood, Heart of the Fae by Emma Hamm

If I’m not writing, you can usually find me adventuring in the mountains with my husband. Or very possibly hiding somewhere with a good book. I also have a tendency to eat too much ice cream, love every small animal, and wear a lot of green. 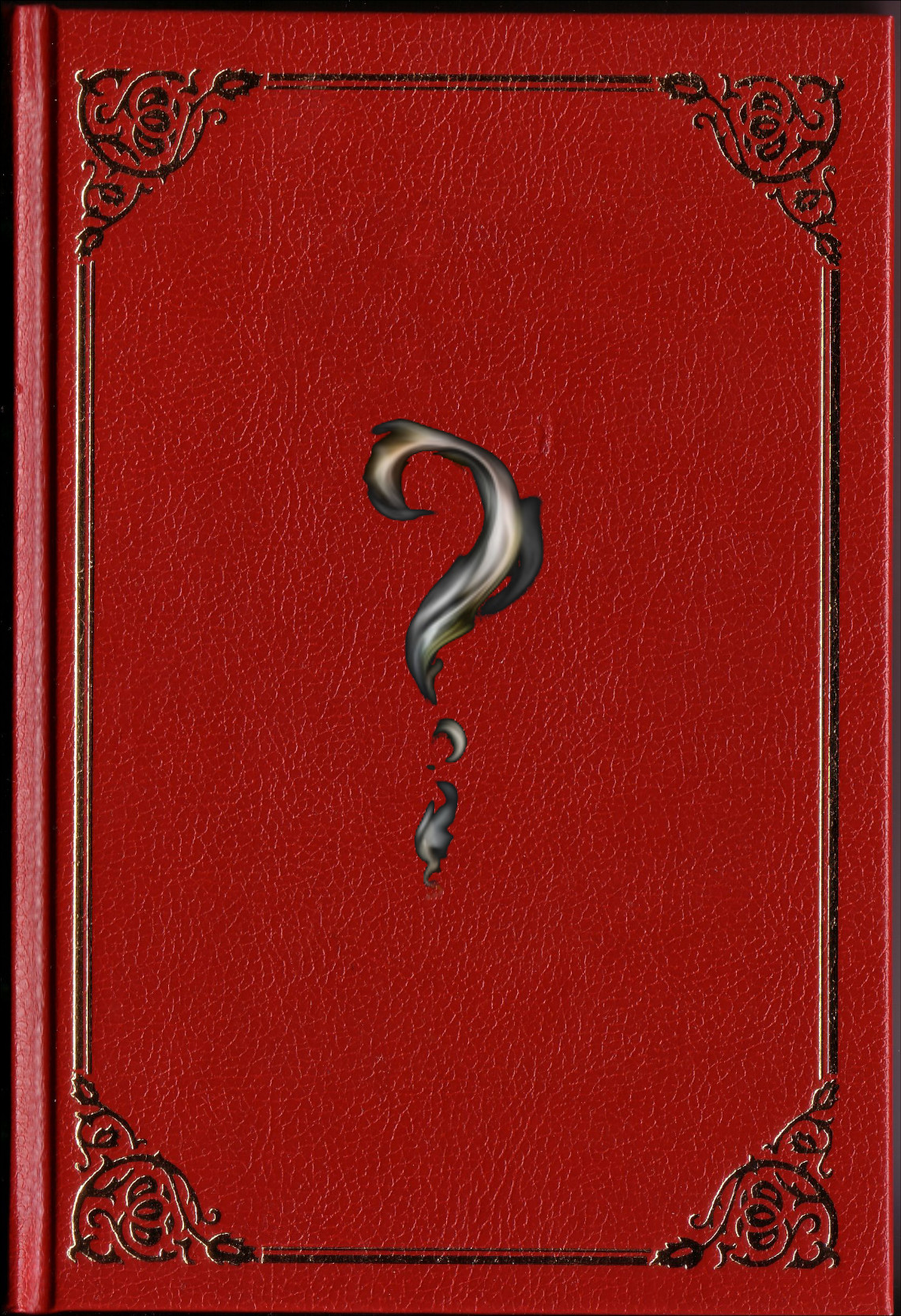 Happy Valentine’s Day! Beware Romilda Vane. ⚗️😳 P.S. If you want to check out my list of Top Ten Romance Reads then stop by my blog because the post is up! 💕 #bookstagram #harrypotterjokes #halfbloodprince #valentinesday #pooledinkreviews
Last post of 2019!! I personally LOVE supporting smaller authors whether that’s self-pub., small pub., whatever, and every year I post a list of my favorite indie reads (so you should definitely visit my blog for this year’s list). As my last post for 2019, I’m sharing a picture of not only an indie read, Crooked Raven by @talisjones, but ITS MAP. 😍 I loooove maps in books (even if I rarely use them lol). So I have two questions for you: 1) What is an indie book you’d recommend? 2) What’s your favorite book map? 🎆Happy New Year’s Eve!!! xo Pooled Ink P.S. I have an important update that I will be posting in a few minutes on my blog with regards to my plan for 2020. I’m a bookaholic and that won’t change but I’m trying to find a new balance for the new year. 😊📚💕 #bookstagram #crookedraven #oneiroi #talisjones #yafantasy #indiebook #indieauthor #pooledinkreviews
Merry Christmas!! 🎄 As usual I’ve posted my Christmas message on my blog and this year it includes an important update for 2020. Thanks to all you lovely book fans for a fantastic 2019 and I can’t wait to see what new stories 2020 will bring! #bookstagram #chroniclesofnarnia #bookseries #merrychristmas #pooledinkreviews
My review for Kingdom of Ash, the epic finale of the Throne of Glass series by @therealsjmaas, is now up on my blog! It was gut-wrenching yet fiercely victorious. Huzzah! I told you that this month has been all about finishing series I began and this is the last of three that I started when I first opened my book blog in 2015 and have now at last concluded. I’ve always had a soft spot for fantasy and this series blew me away. I can’t wait to see what Maas will write next! Any suggestions for while I wait? #bookstagram #throneofglassseries #queenmaas #fantasy #fae #kingdomofash #pooledinkreviews
Red Rising Trilogy by @piercebrownofficial 🌙 December is my month of series finales! Last week was a paranormal/urban fantasy, this week is science fiction, and next week...you’ll just have to wait! As always my reviews for these books are up on my blog! (Link in bio) I began Red Rising not at all knowing what I was getting into, I just knew that the first page reeled me in so I bought the whole book. I don’t really think there was any way to be prepared for this series haha but somehow I survived! I still love my YA comfort zone but I gotta say this has been one worthwhile foray into adult fiction and has me curious for more so comment with any recommendations you might have! #bookstagram #redrisingtrilogy #piercebrown #pooledinkreviews (P.S. I dipped my fingers in some bloody paint to draw a wolf for the Howlers and yet for some reason it slowly shifted into General Grievous 😆 ah well, whatever, it’s at least still space related right?)
The Dark Gifts trilogy by @drvictoriajames has left me speechless. Epic from start to finish, beautifully complex, featuring villains unflinchingly cruel, and set at a pace so blinding I’m winded. Taking place in an alternate modern day England where those with Skill (sort of like magic) rule the rest, rebellion is brewing but a lot of blood will shed and nightmares will birth before a new dawn can break. If you’re a fan of the TV show The Man in the High Castle (suuuuper fantastic show by the way) then you might like this series. My reviews for all three books can be found on my blog! #bookstagram #darkgiftstrilogy #gildedcage #tarnishedcity #brightruin #vicjames #pooledinkreviews #urbanfantasy