Welcome to year 2017 A.D. on planet Earth! I’m not sure if I’m ready for everything this year will hold but one thing I’m always excited about is the release of new books! I’ve already read a few ARCs for books that will be published in 2017 and I’m incredibly excited to read more! Here is just a small selection of books that are to be published in 2017, all of which I am most excited to read (not including the ARCs that I have already read). 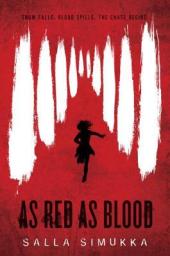 “The Girl with the Dragon Tattoo for teens—this international bestseller is a thrilling, edge-of-your-seat Nordic noir that chills to the bone, and not just because of the bleak winter setting.

Lumikki Andersson has made it a rule to stay out of things that do not involve her. She knows all too well that trouble comes to those who stick their nose where it doesn’t belong. But Lumikki’s rule is put to the test when she uncovers thousands of washed Euro notes hung to dry in her school’s darkroom and three of her classmates with blood on their hands. Literally.”
Add this book on Goodreads 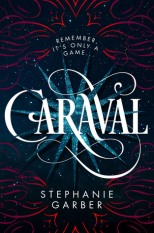 “Scarlett has been told that everything that happens during Caraval is only an elaborate performance. But she nevertheless becomes enmeshed in a game of love, heartbreak, and magic with the other players in the game. And whether Caraval is real or not, she must find Tella before the five nights of the game are over, a dangerous domino effect of consequences is set off, and her sister disappears forever.”
Add this book on Goodreads 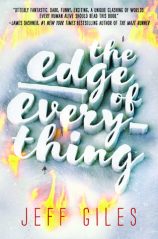 “It’s been a shattering year for seventeen-year-old Zoe, who’s still reeling from her father’s shockingly sudden death in a caving accident and her neighbors’ mysterious disappearance from their own home. Then on a terrifying sub-zero, blizzardy night in Montana, she and her brother are brutally attacked in a cabin in the woods–only to be rescued by a mysterious bounty hunter they call X.

X is no ordinary bounty hunter. He is from a hell called the Lowlands, sent to claim the soul of Zoe’s evil attacker and others like him. Forbidden to reveal himself to anyone other than his victims, X casts aside the Lowlands’ rules for Zoe. As X and Zoe learn more about their different worlds, they begin to question the past, their fate, and their future. But escaping the Lowlands and the ties that bind X might mean the ultimate sacrifice for both of them.”
Add this book on Goodreads

“England, 1883. Still recovering from a devastating loss, Evelyn is determined to use her powers to save other gifted people from those who would harm them. But when her rescue of a young telekinetic girl goes terribly wrong, Evelyn finds herself indebted to a secret society devoted to recruiting and protecting people like Evelyn and her friends.
As she follows the Society’s orders, healing the sick and embarking on perilous recruitment missions, Evelyn sees her problems disappear. Her reputation is repaired, her friends are provided for, and her parents are newly wealthy. She reunites with the dashing Mr. Kent and recovers the reclusive Mr. Braddock (who has much less to brood over now that the Society can help him to control his dangerous power). But Evelyn can’t help fearing the Society is more sinister than it appears…”
Add this book on Goodreads
Read my review of These Vicious Masks

“Sixteen-year-old Anna Arden is barred from society by a defect of blood. Though her family is part of the Luminate, powerful users of magic, she is Barren, unable to perform the simplest spells. Anna would do anything to belong. But her fate takes another course when, after inadvertently breaking her sister’s debutante spell—an important chance for a highborn young woman to show her prowess with magic—Anna finds herself exiled to her family’s once powerful but now crumbling native Hungary.”
Add this book on Goodreads 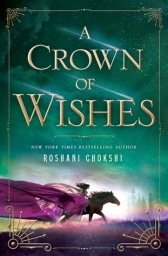 “Gauri, the princess of Bharata, has been taken as a prisoner of war by her kingdom’s enemies. Faced with a future of exile and scorn, Gauri has nothing left to lose. Hope unexpectedly comes in the form of Vikram, the cunning prince of a neighboring land and her sworn enemy kingdom. Unsatisfied with becoming a mere puppet king, Vikram offers Gauri a chance to win back her kingdom in exchange for her battle prowess. Together, they’ll have to set aside their differences and team up to win the Tournament of Wishes—a competition held in a mythical city where the Lord of Wealth promises a wish to the victor.”
Add this book on Goodreads
Read my review of A Star-Touched Queen (Book 1) 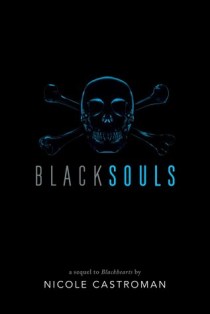 “Edward “Teach” Drummond is setting sail to the Caribbean as first mate on the most celebrated merchant ship in the British fleet—until he rebels against his captain. Mutiny is a capital offense and Teach knows it could cost him his life, but he believes it worth the risk in order to save his crew from the attacking Spanish ships.

Sailing on the same blue waters, Anne barely avoids the Spanish attack, making it safely to Nassau. But lawless criminals, corrupt politics, and dangerous intentions fill the crowded streets of this Caribbean port. Soon, Anne discovers that the man entrusted to keep the peace is quite possibly the most treacherous of them all—and he just happens to hold Teach’s fate in his terrifying hands.”
Add this book on Goodreads
Read my review of Blackhearts (Book 1) 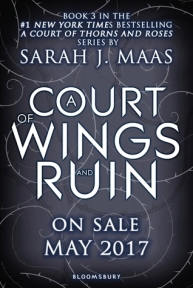 “Looming war threatens all Feyre holds dear in the third volume of the #1 New York Times bestselling A Court of Thorns and Rosesseries.

Feyre has returned to the Spring Court, determined to gather information on Tamlin’s maneuverings and the invading king threatening to bring Prythian to its knees. But to do so she must play a deadly game of deceit-and one slip may spell doom not only for Feyre, but for her world as well. 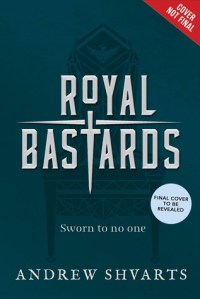 “Being a bastard blows. Tilla would know. Her father, Lord Kent of the Western Province, loved her as a child, but cast her aside as soon as he had trueborn children.

At sixteen, Tilla spends her days exploring long-forgotten tunnels beneath the castle with her stablehand half brother, Jax, and her nights drinking with the servants, passing out on Jax’s floor while her castle bedroom collects dust. Tilla secretly longs to sit by her father’s side, resplendent in a sparkling gown, enjoying feasts with the rest of the family. Instead, she sits with the other bastards, like Miles of House Hampstedt, an awkward scholar who’s been in love with Tilla since they were children.

Then, at a feast honoring the visiting princess Lyriana, the royal shocks everyone by choosing to sit at the Bastards’ Table. Before she knows it, Tilla is leading the sheltered princess on a late-night escapade. Along with Jax, Miles, and fellow bastard Zell, a Zitochi warrior from the north, they stumble upon a crime they were never meant to witness.”
Add this book on Goodreads 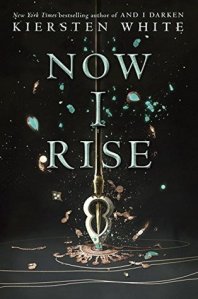 “Lada Dracul has no allies. No throne. All she has is what she’s always had: herself. After failing to secure the Wallachian throne, Lada is out to punish anyone who dares to cross her blood-strewn path. Filled with a white-hot rage, she storms the countryside with her men, accompanied by her childhood friend Bogdan, terrorizing the land. But brute force isn’t getting Lada what she wants. And thinking of Mehmed brings little comfort to her thorny heart. There’s no time to wonder whether he still thinks about her, even loves her. She left him before he could leave her.

As nations fall around them, the Dracul siblings must decide: what will they sacrifice to fulfill their destinies? Empires will topple, thrones will be won . . . and souls will be lost.”
Add this book on Goodreads
Read my review for And I Darken (Book 1) 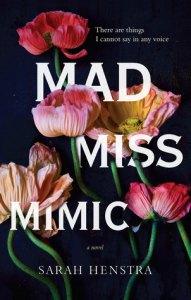 “Born into an affluent family, Leo outwardly seems like a typical daughter of English privilege in the 1870s: she lives with her wealthy married sister Christabel, and lacks for neither dresses nor trinkets. But Leo has a crippling speech impediment that makes it difficult for her to speak but curiously allows her to mimic other people’s voices flawlessly. Servants and ladies alike call her “Mad Miss Mimic” behind her back… and watch as she unintentionally scares off every potential suitor. Only the impossibly handsome Mr. Thornfax seems interested in Leo…but why? And does he have a connection to the mysterious Black Glove group that has London in its terrifying grasp? Trapped in a city under siege by terror attacks and gripped by opium fever, where doctors (including her brother-in-law) race to patent an injectable formula, Leo must search for truth in increasingly dangerous situations – but to do so, she must first find her voice.”
My review here
Add this book on Goodreads 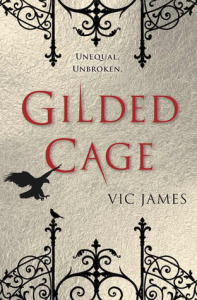 Our world belongs to the Equals—aristocrats with magical gifts—and all commoners must serve them for ten years. But behind the gates of England’s grandest estate lies a power that could break the world.

A girl thirsts for love and knowledge.
A boy dreams of revolution.
And an aristocrat will remake the world with his dark gifts.”
My review here
Add this book on Goodreads

Please suggest some books for me to read! Past books, present books, future books, any at all and I look forward to hearing your thoughts on what you’ve all been reading. I hope you all have had a wonderful year of 2016 and I wish you nothing but luck and hope for your year of 2017.